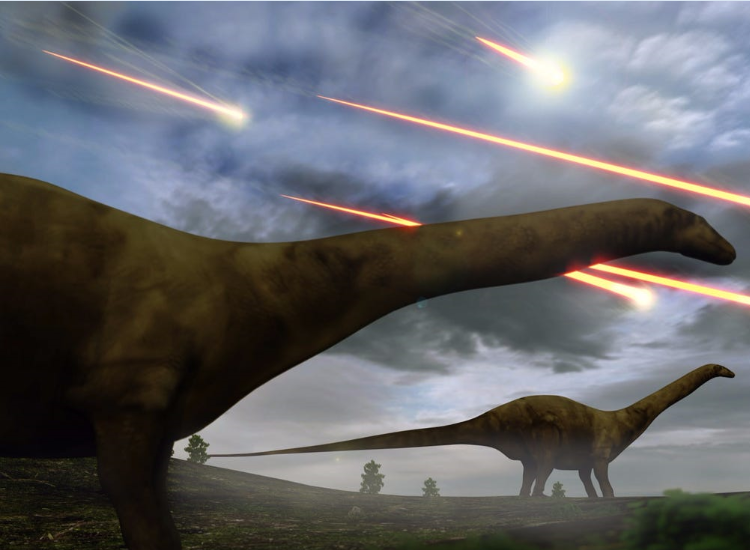 After much speculation, research, debates, and Jurassic Park movies, scientists have finally verified that it was an asteroid that wiped out the dinosaurs millions of years ago.

The extinction of the dinosaurs, also known by more intelligent people as the Cretaceous-Tertiary extinction event, was thought to have occurred after an asteroid hit the Earth, creating the Chicxulub Crater.

The crater is named after the neighboring town, Chicxulub, Mexico. It is more than 110 miles wide, allowing us to assume that the impact of this asteroid must have been insanely massive. Because of this, scientists assumed the Chicxulub asteroid was the cause of the Cretaceous-Tertiary extinction event, but they needed more evidence.

Because time travel has yet to be invented and dinosaurs are threatening, scientists used the next best thing: high-precision radiometric dating. By identifying the age of the rocks that make up the crater, scientists were able to deduce that the Chicxulub asteroid directly resulted in the dinosaurs’ extinction.

Now, what’s pretty mind-boggling is that the Chicxulub asteroid hit the Earth 33,000 years before dinosaurs actually went extinct. Not only does this make you ponder about how old the Earth is, but it also makes you think about the lasting amount of damage this asteroid caused. This asteroid not only caused dust to block out the sun, but it also created giant tsunamis, storms, and the stuff nightmares are made of. It was these effects that directly contributed to the dinosaurs’ extinction.

To be fair, the Earth wasn’t perfect at the time, given that a) I wasn’t in existence yet and b) the Earth was prone to ice ages and volcanic eruptions. Nonetheless, when the asteroid landed on Earth, the explosion it likely caused was 1 billion times more powerful than the atomic bombs dropped on Hiroshima and Nagasaki. We can likely assume that this asteroid was the catalyst for the end of the dinosaurs’ existence.

Personally, there’s something kind of bittersweet that we’ve gotten so incredibly close to knowing what specific event killed off the dinosaurs. There was always something so mysterious and exciting about wondering why these prehistoric creatures that once inhabited our Earth are no longer in existence. The ideas people had ranged from pretty logical to pretty crazy, but that was the fun of it!

I suppose we can always look forward to other questions that scientists are keen on finding the answers. However, now that I’m almost sure that Littlefoot, Cera and the rest of the gang from The Land Before Time were killed off by this very real Chicxulub asteroid, I can’t help but feel a little teary-eyed. What do you think?